Trending
You are at:Home»Governor Kate Brown

Kate Brown, Oregon’s 38th Governor, has dedicated her life to standing up for Oregon’s families and ensuring every Oregonian has the chance to lead a good life. Under Governor Brown’s leadership, state government is committed to using every taxpayer dollar wisely, to creating a seamless system of education, to making Oregon a leader in meeting the challenge of climate change, and to making sure everyone has access to the healthcare they want at a price they can afford. 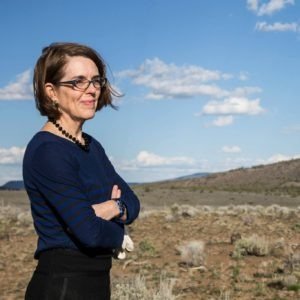 From 2009 to 2015, Governor Brown served as Oregon’s Secretary of State, where she was a leader in increasing government transparency and accountability. She also created the Office of Small Business Assistance, to help cut through red tape and allow businesses to grow and expand.

Governor Brown grew up in Minnesota and earned her undergraduate degree from the University of Colorado-Boulder. She came to Oregon to attend Lewis and Clark’s Northwestern School of Law, where she received her law degree and Certificate in Environmental Law.

With her husband Dan Little, Governor Brown raised Mr. Little’s son and daughter, who are now grown, in Portland. When Brown is not busy at the Capitol in Salem, you’ll find her horseback riding or hiking. Governor Brown and Mr. Little now live in the governor’s official residence in Salem, Mahonia Hall.