PORTLAND—The Oregon Liquor Control Commission has earned the “Best of the Best” award in an annual showcase of best practices in control state agencies. Commissioner Marvin D. Révoal accepted the award on behalf of the commission Tuesday afternoon at the annual National Alcohol Beverage Control Commission conference in Leesburg, VA. This is the first time that Oregon has been an overall winner in these awards.

“It’s great to be a part of something that sets the stage for stable revenue growth,” said Paul Rosenbaum, Commission Chairman. “An award is good, but this is something that means more to me as a sign of the good progress the Commission has made in driving sales by increasing consumer convenience and selection.” 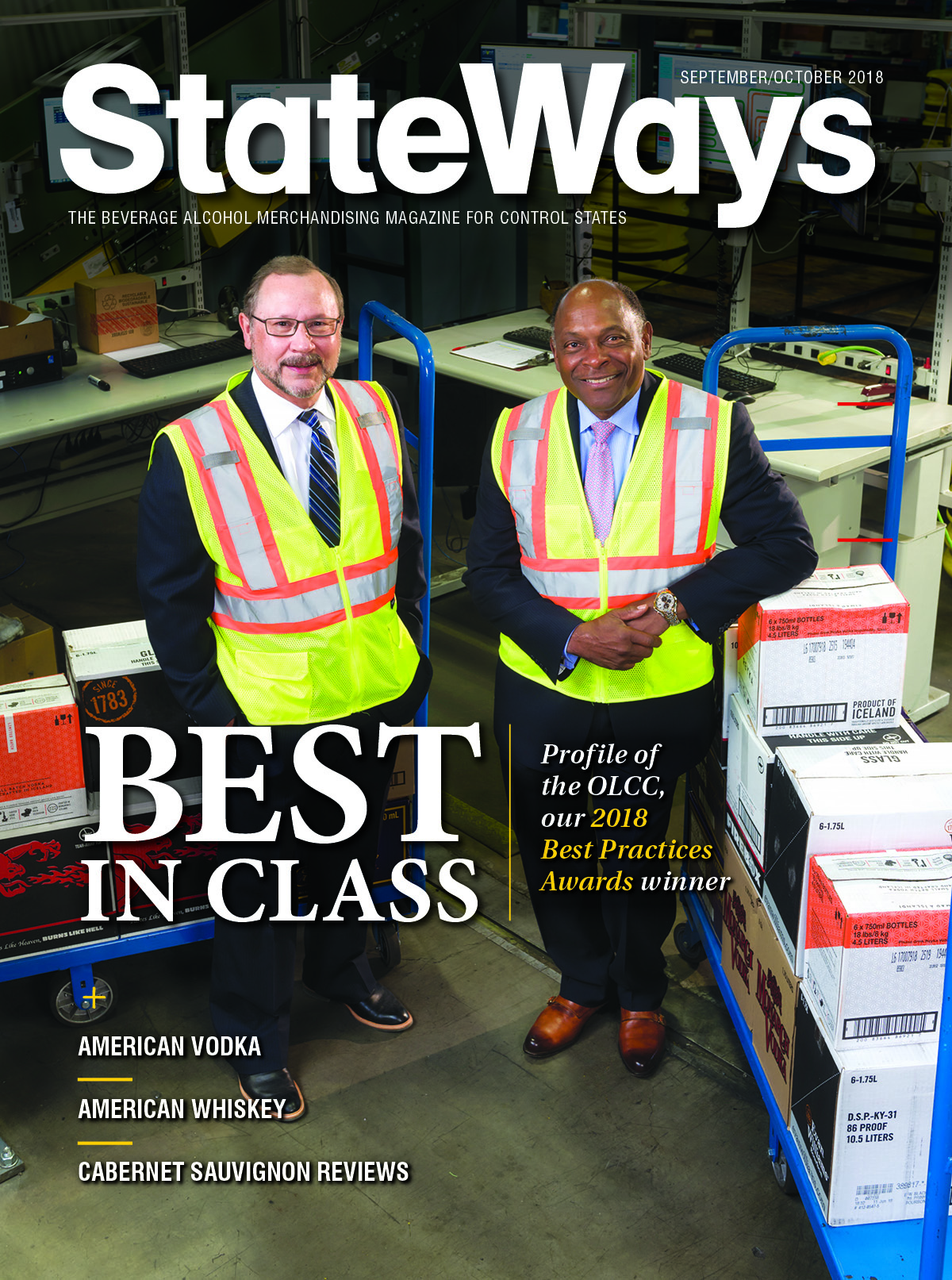 Bestowed by industry publication StateWays magazine as part of their annual Control State Best Practices Awards, the aim of the awards is to recognize control state agencies that are leading the industry in innovation, education and enforcement. There are 17 control states in the nation, and the awards include “Best Consumer Education Program”, “Best Enforcement Program” and “Best Retail Innovation” among others.

Honored as ‘Best of the Best’

“It’s an honor being considered ‘Best of the Best’,” said Steve Marks, OLCC Director. “Quite frankly, it’s great recognition of the hard work OLCC staff have been doing in opening more stores, moving product faster and operating smarter. It’s all resulted in better convenience and increased revenue, which makes this award a net win for all of Oregon.”

The “Best of the Best” award that OLCC received Tuesday goes to one standout state that can serve as a model for other to follow. OLCC received the award based on a number of factors, including its retail agent training and store expansion initiatives that both helped to grow revenues and customer convenience, as well as how it continued to excel in these initiatives despite growing to take on the State’s marijuana program in 2014.

In 2017, OLCC earned an award in the competition for “Best Warehouse Innovation” for its work in addressing increased demand through the install of a new state-of-the-art conveyor system. That award highlighted the new conveyor system and the efficiencies gained that included a doubling of shipping capacity and the capability necessary to enable retail expansion efforts.

Read more about smart government in our “Smart Government” section!

Matt Van Sickle is a Public Affairs Specialist with the Oregon Liquor Control Commission. OLCC's mission is to support businesses, public safety, and community livability through education and the enforcement of liquor and marijuana laws.