PORTLAND—Oregon is earthquake country. Crustal earthquakes are regular occurrences in Oregon that have the potential to cause significant localized damage, and the threat of a Cascadia Subduction Zone earthquake is a geologic hazard that will affect the entire state. Emergency management agencies, with support from Governor Kate Brown and other organizations across the state, have worked with communities to share information and promote preparedness.

On average, Cascadia earthquakes occur every 300 years and are caused by the shifting of geologic plates in the Cascadia Subduction Zone.

“Earthquakes are just one of the natural hazards we face in Oregon,” says Althea Rizzo, Geologic Hazards Awareness Program Coordinator at Oregon’s Office of Emergency Management. “We also experience winter storms, wildfires and flooding. Experience has shown that in the aftermath of large disasters – consider the recent earthquake and tsunami in Indonesia or Hurricanes Maria and Florence – personal preparedness is critically important.

The Great ShakeOut is a safe and fun way to practice what to do when seismic activity occurs. 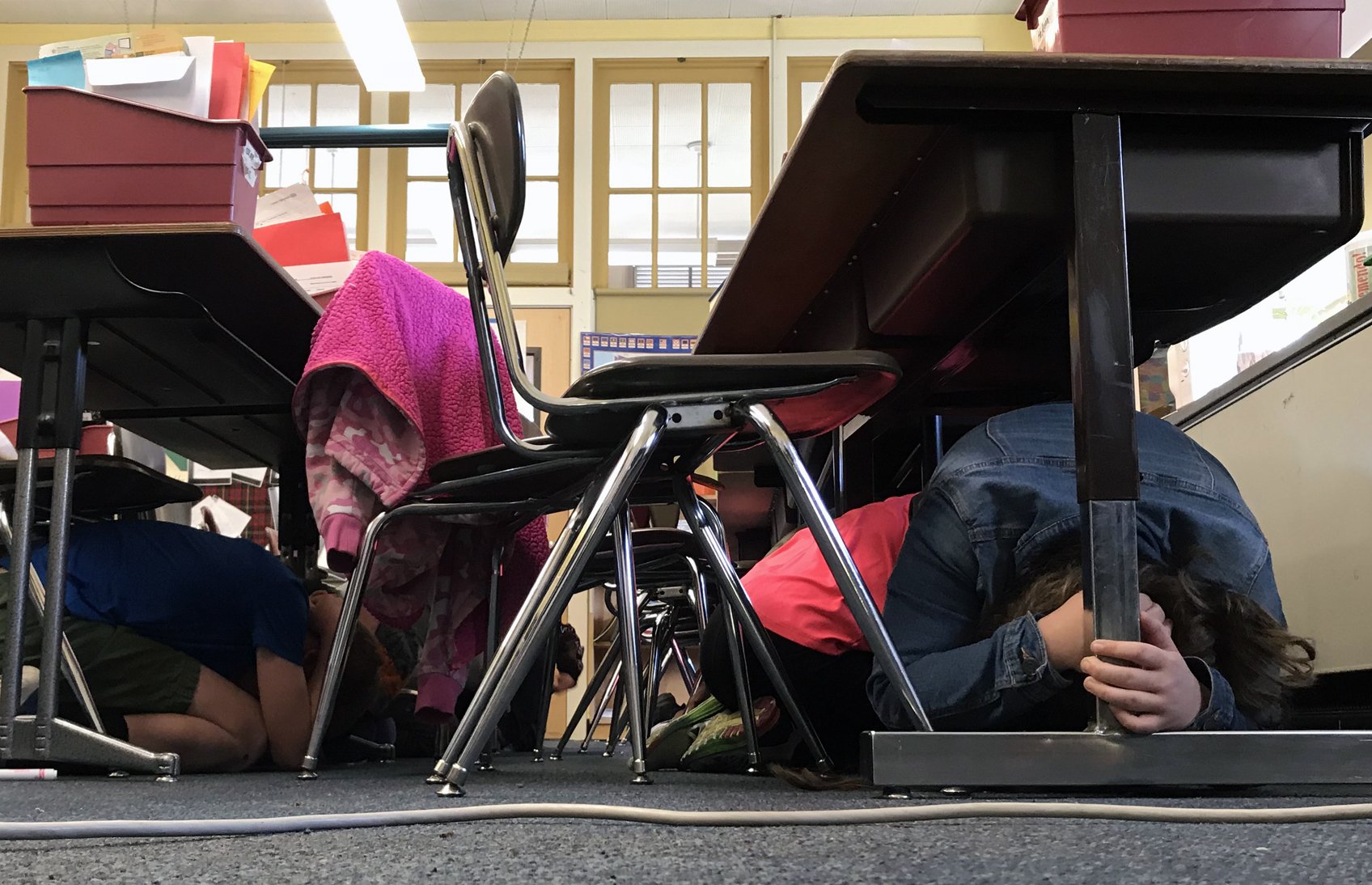 The best protective action anyone can do during any type of earthquake is to “Drop. Cover. Hold on.”  as most injuries are caused by falling debris or being thrown to the ground. On October 18, people worldwide practiced this as part of the Great ShakeOut annual earthquake drill. The most ever—672,623 Oregonians—participated in this year’s drill.

The proclamation encouraged participation in the ShakeOut and urged Oregonians to be 2 Weeks Ready.

“We know that a Cascadia Subduction Zone quake and tsunami could leave large areas of our state without resources for days and weeks,” says Rizzo. “Having 2 weeks of food, water, and other emergency supplies is critical for individuals and families who may need to take care of themselves until formal response resources can reach them.”

Rigler Elementary School in Portland was one of many schools in Oregon that learned about earthquakes, and with help from their teachers, participated with other students throughout the state to “Drop, Cover, and Hold On” during the nation’s largest earthquake drill.

“As we build a culture of preparedness within our youth it’s going to benefit Oregonians for decades to come,” said Oregon Office of Emergency Management Director Andrew Phelps.

This year’s Great ShakeOut happened as Governor Kate Brown unveiled her plan to get Oregon ready for a Cascadia Subduction Zone earthquake by the year 2025. The plan highlights six strategies to focus on in the next five to seven years to prepare Oregonians for a future earthquake.

Cory Grogan is a Public Information Officer with the Oregon Office of Emergency Management, which coordinates and maintains a statewide emergency services system for emergency and disaster communications. OEM is made up of four Sections: Director’s Office, Technology and Response, Operations and Preparedness, and Mitigation and Recovery Services.