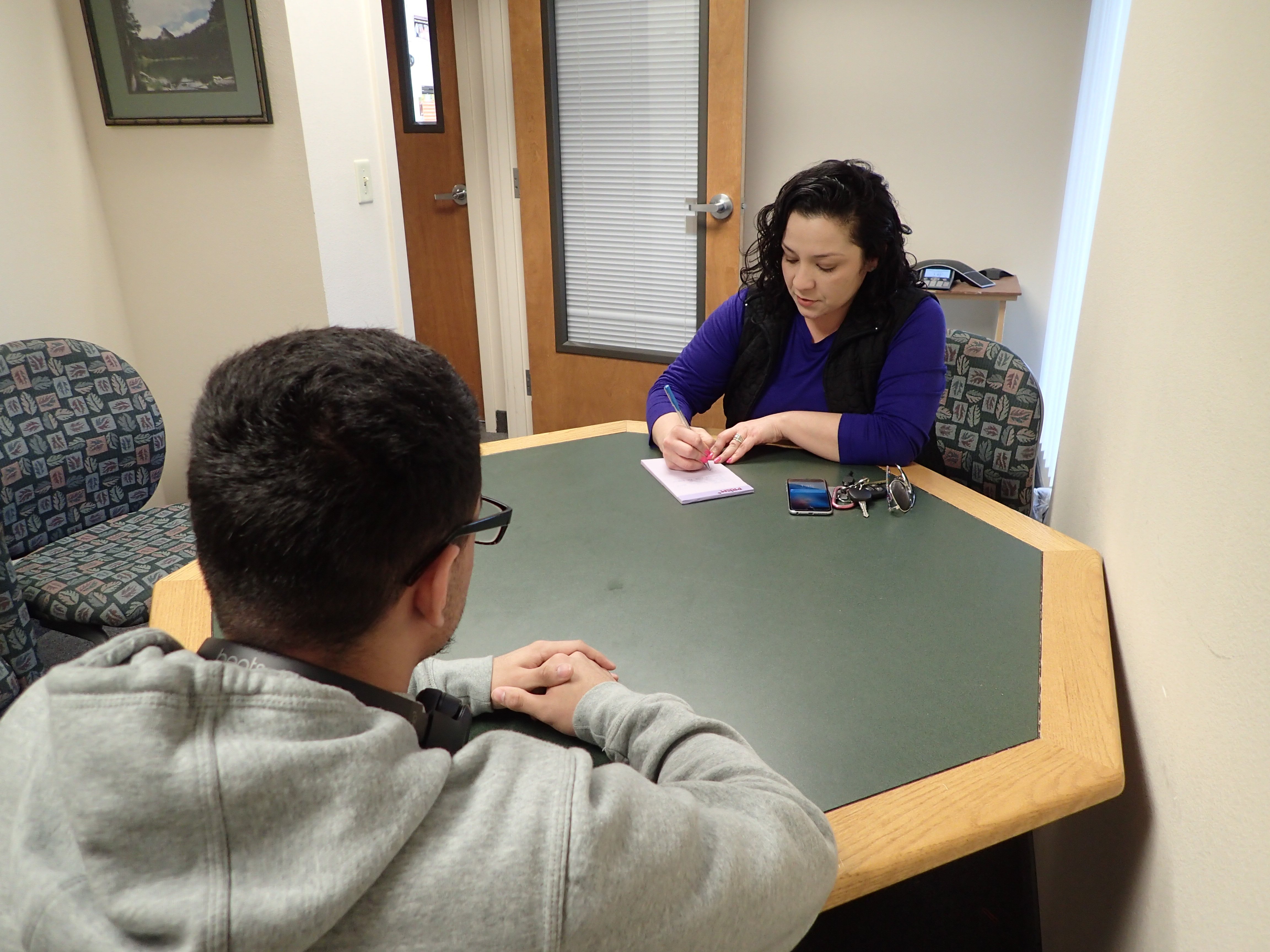 With the help of the Oregon Youth Authority (OYA), Renée Hernandez went from being an incarcerated youth to a respected staff member and mentor.

Salem—Renée Hernandez has heard many familiar excuses from youth on her caseload. What happened wasn’t really my fault. I’m just doing what I have to do until I get out of this facility. This isn’t fair — I didn’t even do anything wrong.

Hernandez understands these excuses intimately, perhaps more so than most other Oregon Youth Authority juvenile parole and probation officers. That’s because, as a teenager, she expressed the same ideas to her case workers while she was incarcerated at OYA  Hillcrest Youth Correctional Facility.

It’s not the first thing she tells youth, but when it comes up, Hernandez doesn’t hide the fact that 18 years ago, she committed a crime that landed her with a four-year OYA commitment for conspiracy to commit kidnapping.

But thanks to a series of OYA staff who pushed her to take accountability for her actions and choose a different path, Hernandez transformed from a tough-talking, drug-using teen on the edge of gang life into a trustworthy, educated, and driven young woman who now uses her past experiences to try to help others.

“When I’m in the heat of the moment with the kids I work with and they say, ‘You don’t understand,’ I say, ‘No, I do understand what you’re going through,’” Hernandez says. “When I tell them I spent three years in the facility, their attitude changes. I get their attention, and they listen to me better.

“I try to share my story in a discreet way, but not to glorify it. What’s important for them to know is that I was there at one point, I got through it, and they can do it, too.”

When Hernandez first arrived in 2001 at Hillcrest, then a co-ed facility, she was 18 and was placed on the unit for youth who had committed violent offenses. She had lured a man into a car with several men who eventually shot and killed the teen. Hernandez wasn’t there when the killing happened — she had gotten out of the car long before the gun was fired.

“She had a hard time believing she’d done anything wrong,” remembers Jim Hupp, her former juvenile parole and probation officer (JPPO). “That’s where she and I would battle. She would want privileges and want me to let her do stuff, and I wouldn’t do it because she wasn’t taking ownership over her role in this scenario that ended with a person being killed.”

Hernandez now sees Hupp as a mentor and is thankful for the way he challenged her to change her thinking. But at the time, she struggled with his strict supervision.

“Even six months after it happened, I remember Jim Hupp giving me a hard time, saying that if it wasn’t for me, the victim wouldn’t have been there,” Hernandez says. “I struggled with that.

“Jim and my treatment manager, Delvena Torrez, called me on my stuff and held me accountable. They helped me realize, ‘It’s OK, Renée. It’s OK to admit you did things that were wrong.’ The turning point for me was going through the nitty-gritty of treatment and just understanding and letting go of some negative things I’d been holding onto.”

In her early months at Hillcrest, Hernandez went through the motions of doing what she needed to do — going through treatment, detoxifying, and working toward a GED (she had dropped out of high school at age 16). But she didn’t care about learning and only did things she hoped would get her released.

After her turning point, she got more serious. Torrez convinced her to work toward a high school diploma instead of a GED, and she ultimately graduated from Robert Farrell High School at Hillcrest. She even started taking college courses, earning about 23 credits before she left the facility.

“She started believing in herself,” Hupp says. “She was no longer this person who had to do drugs. She saw she had value in the world.”

From Youth to Staff

After leaving Hillcrest, Hernandez went to Corvallis House, OYA transition facility at the time for young women. She continued taking college courses and started doing construction-related work in the community. “I also got exposure to a lot of different activities — going to see orchestras, going to basketball games,” she says. “I had never done that stuff before. I learned that I liked it, that it was fun.”

Hernandez paroled out in 2004 at age 22 and found a job immediately, as a receptionist at an optometrist’s office in Salem. Her transition was tough — she tried to continue with college while working, but the stress overwhelmed her. Plus, she had to become a caretaker for her mother — a huge supporter during her incarceration — who had become very ill.

Hupp connected Hernandez with Christina Puentes, who, at the time, was an OYA transition specialist. Puentes helped her realize that she couldn’t keep doing everything without burning out, and showed her that, even though she didn’t want to, she would have to drop school for a while until she had more time for it. 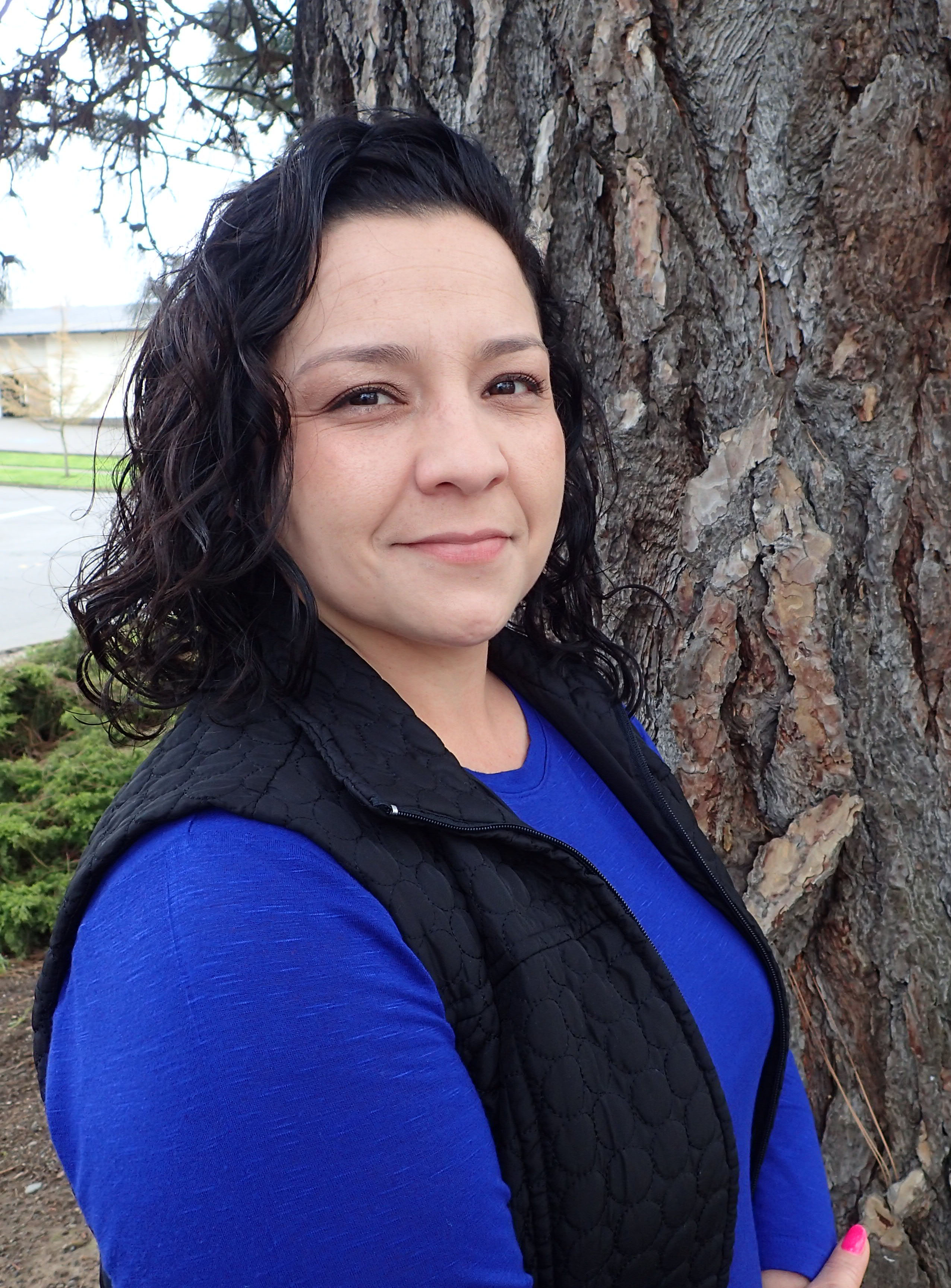 “She had a ton on her shoulders,” says Puentes, who is now OYA’s statewide youth conflict resolution coordinator. “She was lucky that she had an excellent rapport with her JPPO and a really solid support team around her within OYA.

“She was very insightful at that point for her age. She was very mature, to be able to navigate everything as she did.”

Besides the workload, Hernandez says her biggest struggle was not associating with the old friends she had before incarceration. “My biggest fear was relapsing to drugs and to the old lifestyle,” she says. “But I stayed low, stayed away from people, and that worked.”

Applying for the Job

Hernandez spent five years working for the eye doctor, but she was interested in finding a state job for the good benefits. She interviewed at many agencies, to no avail. Then she saw an opening for an entry-level position in the accounting department at OYA.

“I don’t think it dawned on me before to apply for an OYA job,” she says. “Or I was thinking, ‘They’re gonna realize who I am and not want me around.’”

She got an interview, and the hiring manager didn’t know who she was. When Hernandez told her about her background and what she had accomplished, the manager still offered her the job.

“From that day on, I came in, and people started recognizing me,” she says. “I was very fearful that I would come in and people would be like, ‘What are you doing here?’ and make a big stink about it. But no one did that. They told me congratulations, that they were proud of me, and it was constant kudos.”

Hupp was not only proud of Hernandez — he was also happy to see the agency take a chance with hiring her.

“The agency leadership proved that they actually believed in the values they were preaching — that people can change, that our youth can be productive citizens, that we’ll support them to be successful and give them an opportunity to build a new life,” Hupp says.

“I knew if anybody could do it, she could,” Puentes says. “Every time I saw her at work, it was a shot of motivation and hope for me, that what we do matters, and it works.”

Hernandez worked for several years in OYA accounting department before making a lateral move to the community resources unit. By that point, she knew she wanted to stick with the field of juvenile justice and hoped to work directly with youth. But she needed more education, so she went back to school, earning a bachelor’s degree in social and behavioral science from George Fox University.

Eventually she was able to get a position as a transition specialist, like her mentor Puentes, helping youth with the difficult but important move from OYA custody back to the community. The first time she went to Hillcrest as an employee, she felt butterflies in her stomach. She never went back to her old living unit, not wanting to revisit that part of her life.

Instead, she was looking forward. Her success helping youth with transition ultimately led her to a rotational position as a JPPO in OYA Marion County field office — where she now works alongside Hupp.

They frequently laugh and joke about the old days, but he also shows her a great deal of respect, particularly for her unique perspective as a formerly incarcerated youth.

“I remember having a conversation with her recently about a kid and hearing her perspective on where this kid was coming from,” Hupp says. “She gives me different insight into the struggles and challenges the youth are having.”

Hernandez says she encourages youth to think hard about how they got to where they are so that they can take accountability for their actions. Like her former mentors did for her.

“Just because a kid carries a gun, we have to remember that’s not normal. I tell them, ‘You’re doing something in your life where you feel like you have to carry a gun,’” she says. “I try to help them understand who they are as people, and to take on responsibilities. If I can get them to accomplish one little thing in their life and they feel good about it, then that also makes me feel good.”

Several youth on Hernandez’s caseload have told her that her story makes her a more credible role model. If she could change her life with the helo of OYA, then they can, too.

“She’s another living example that even though these kids come to us with some major challenges, it is possible for them to turn it around, and it is possible that they can change,” Puentes says. “It’s a reminder for all of us that it works.”