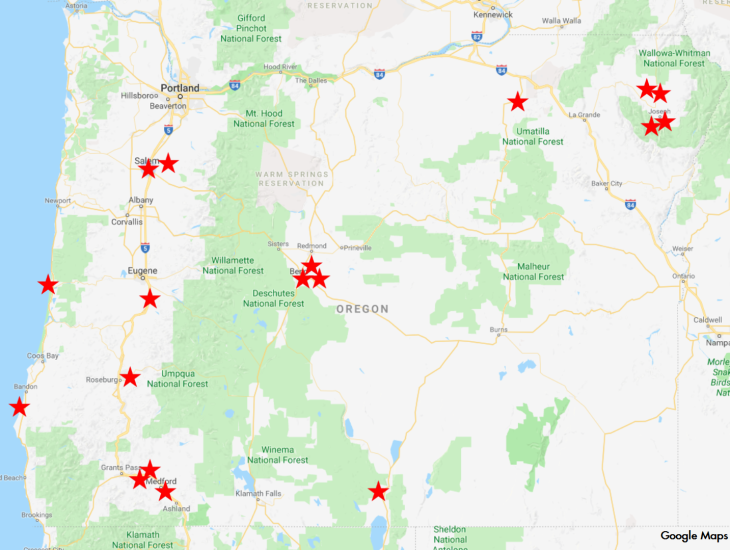 ODOE received 32 applications by the April 2 deadline. After a competitive review process, 18 projects were selected for grants, ranging from about $5,000 up to $250,000. Central Lincoln PUD, which serves the central Oregon coast, was awarded over $82,000 for a solar photovoltaic project that will incorporate energy storage in Florence. The City of Salem was awarded $250,000 for a biogas co-generation facility in Keizer, which will produce electricity and thermal energy. Triple Creek Ranch, located in Joseph, was awarded over $108,000 for a hydropower turbine and generator for its irrigation system. See below for a full list of selected projects.

Applications were scored based on a number of criteria, including amount of energy generated, job creation, community benefits, and more. New for this round, points were also awarded for projects that were designed with resiliency in mind. Renewable systems that are capable of supplying electricity when the larger grid is unavailable – due to extreme weather or other emergencies – earned more points.

Jenny serves as Communications Director at the Oregon Department of Energy, which is leading Oregon to a safe, equitable, clean, and sustainable energy future.